From April 7 to May 26, 2022, a total of 23 sister-ship colleges and universities sent congratulatory letters or videos to NTU, expressing their congratulations and best wishes to NTU on its 110th anniversary. These sister-ship colleges and Universities include those in the United States, Canada, Australia, Italy, Britain, Russia, Japan, as well as those in Hong Kong, Macao and Taiwan regions.

Peter Høj AC, Vice-chancellor and President of the University of Adelaide, Australia, offered his congratulations on achievements NTU had made and the best wishes for its 110th anniversary. In addition, he expressed the hope that further cooperation would be explored on the basis of current joint program on Architecture.

Yasuhiko Kawamura, President of the Tokushima University, Japan, extended his sincere congratulations and his best wishes to our university. He said that the two universities have undergone 35 years of cooperation with frequent academic exchanges and mutual visits and further cooperation and active interactions should be carried out in education and researches.

Popov Vasily Nikolayevich, Vice-Chancellor of the Voronezh State University of Engineering Technology, Russia, extended in his congratulatory letter the intention for further cooperation with NTU and wishes to NTU with an even better development.

Liu Jun, Rector of the City University of Macau, congratulated Nantong University on its 110th anniversary and said that CityU Macau would deepen exchanges and cooperation with NTU to achieve synergy and improve educational quality, in a bid to jointly cultivate more talents for the economic integration of the Yangtze River Delta and the development of the Guangdong-Hong Kong-Macao Greater Bay Area.

Heads of following sister schools and departments as well as of sister-ship colleges and universities also expressed in their congratulatory letters the wishes to deepen two-way exchanges and cooperation on the current basis to embrace a better future with mutually beneficial and win-win results: 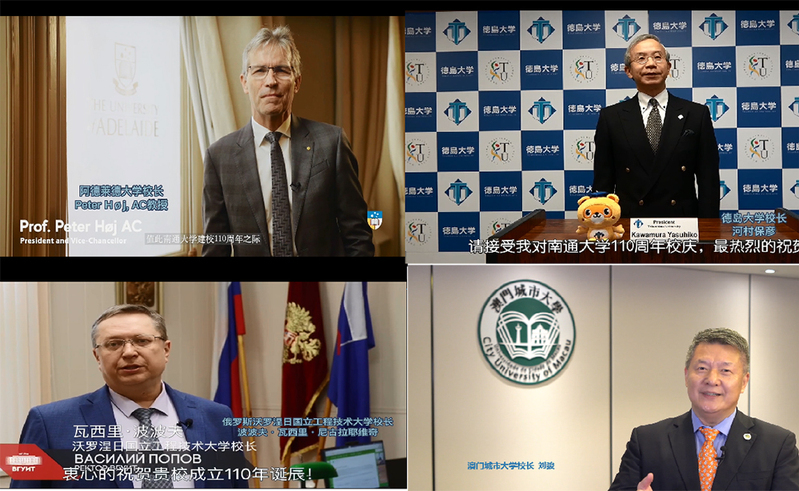 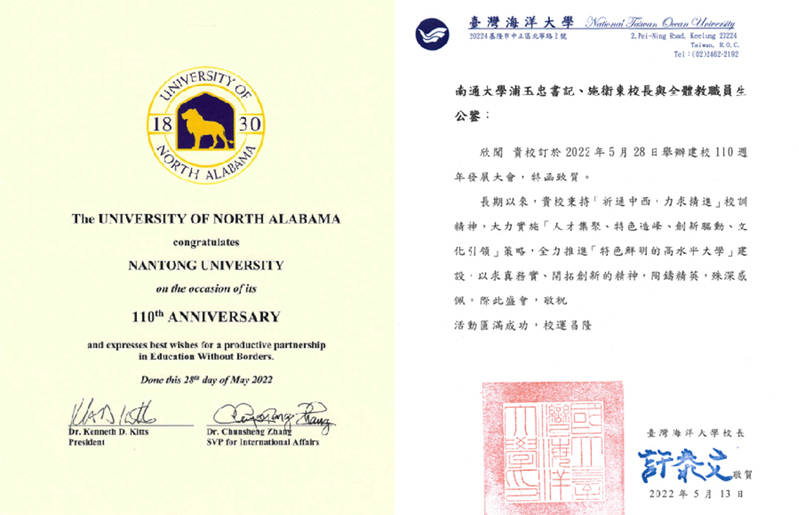