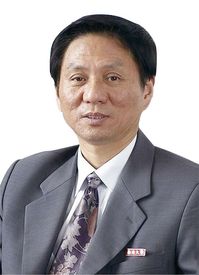 Professor Gu Xiaosong, an academician of the Chinese Academy of Engineering (CAE), is the director of Jiangsu key Lab of Neuroregeneration of Ministry of Education, an academic leader of the priority discipline of basic medical science in Jiangsu province, and winner of the first National Science Fund for Distinguished Young Scholars. During past more than 30 years he has led an active research team and made outstanding innovative achievements in the fields of tissue engineering and nerve regeneration.

First, he put forward the academic point of view on “construction of biodegradable tissue engineered nerves”, which, as a novel concept, has been described in a new textbook published by the . Second, he developed tissue engineered nerves with good biomechanical properties, controllable degradation kinetics, less immunogenicity, pro-angiogenic activity, and a capacity of supporting directional nerve growth, and he also invented novel fabrication technologies for tissue engineered nerves, Third, he developed chitosan-based artificial nerve grafts and launched, for the first time worldwide, their translation into the clinic, where the patients receiving this therapy have shown significant functional recovery of injured nerves with an excellent rate of 85%.

A series of research works by Profess Gu and his coworkers made greatly contribution to pushing  to get to the world forefront in tissue engineered nerve research and application. A report in the special section of Science (2012) indicates that his team was among the first in the world to develop nerve grafts using chitosan, a material usually derived from shrimp or crab shells, and the first to take such grafts to the clinic, and further praises Professor Gu as a “translational pioneer”.